The history of squash is thought to trace back to the early 19th century in Fleet Prison, London. The prisoners would exercise by hitting small, hard balls against the walls of a large room with rackets as a form of exercise. The game was named “Rackets”.

Approximately around 1820, the game of rackets started to become popular and to be played in the top English schools such as Harrow.

The game of squash is said to have developed from rackets when one day a Harrow student played rackets using a punctured (or squashed) racket ball. The squashed ball created a greater variety of shots and due to the fact that the ball had less bounce the players had to put in a lot more effort in order to return a shot, i.e. they couldn’t simply wait for the ball to bounce back to them. 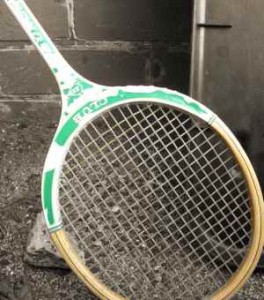 This variant on the game of rackets was well-liked and as a result squash became an officially recognized sport, four squash courts were constructed in the Harrow school in 1864.

There were few standards / rules in the early years of the sport and therefore many different variations of the game could be seen.

Over time there became only two variations of the game, namely soft ball and hard ball. Soft ball was the most popular variation of the game, played throughout most of the world on a twenty-one foot wide (sixty-four meter) court. Hard ball was mainly played by North Americans and the harder ball used in the games was played on slightly narrower courts.

More on the history of squash…

The first set of formal squash rules were defined in 1923. Following the set of formalized rules the number of players of the game greatly increased, with the most popular countries in which the game was played being the ones with a British forces presence. Such as Egypt, Pakistan, India, Australia, New Zealand and South Africa.

The first British Open was held in 1930 and was won by an Englishman named Don Butcher. From that point on, right up until the mid-sixties the game was dominated at the top level by Egyptian and Pakistani players.

A web page on the history of squash wouldn’t be complete without mentioning Jonah Barrington, an Irishman who in 1967 finally broke the Egyptian and Pakistani domination, beating Aftab Jawaid 9-2, 5-9, 9-2, 9-2 to win the British Open title that year. In total Barrington won the title six times from 1967 through to 1973.

As a late starter to the game of squash (he didn’t start playing until his early twenties) Barrington put some tremendous dedication into the game in order to gain such achievements. He was known for his incredible fitness, Barrington would follow a rigorous training regime that put him way ahead of the other top players in the game at the time. His six open title wins highlighted the importance of fitness in the game.

In a way Barrington changed the game as all future top squash professionals from 1973 onwards incorporated the same rigorous training regimes into their preparations. Resulting in players who not only had great racket skills but also who had incredible fitness, strength and stamina.

Go From History Of Squash To Squash Courts

Go From History Of Squash To The Home Page